The Advanced Artificial Athlete or Triple-A is a continued development of the original Artificial Athlete that is a combination of the Berlin and Stuttgart Athlete. Besides the shock absorption and standard vertical deformation, the Triple-A also measures the energy restitution. The Triple-A has a drop mechanism with an accelerometer incorporated and only one spring is used instead of two. Therefore the Triple-A became a more compact and portable device. The sensor determines the shock absorption, standard vertical deformation and energy restitution in one single drop. This has not been possible before. The Triple-A registers during and after the drop the acceleration as a time function. The special Gforce software calculates the speed and position of the dropping weight. All of this results in your values for the aforementioned tests. 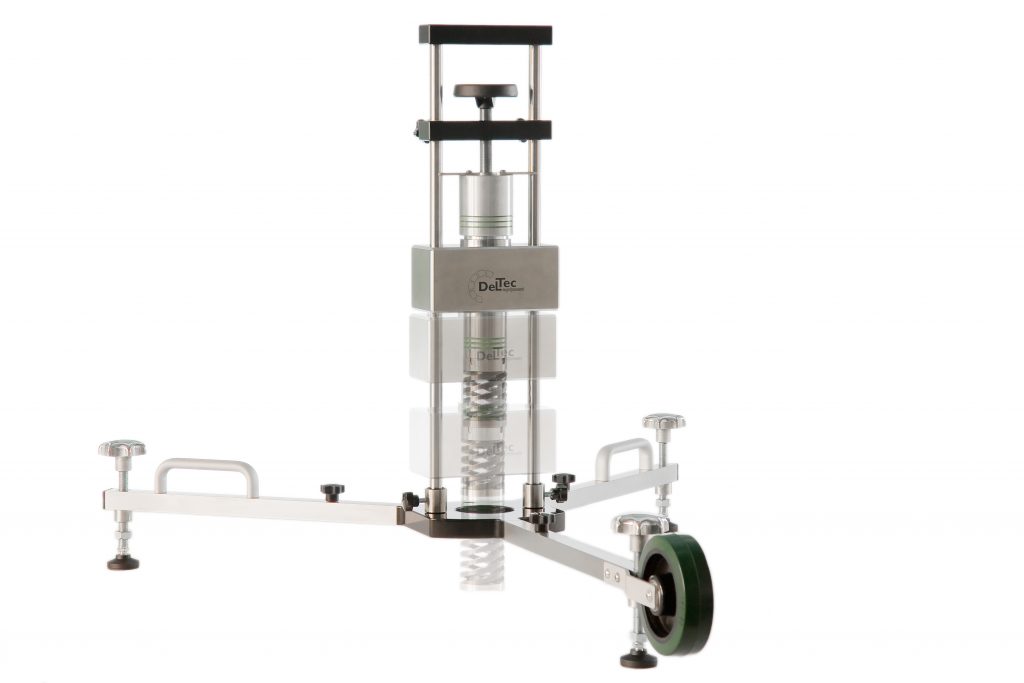